A Beginner's Guide To Psychedelic Therapy

What is Psychedelic Therapy?

The use of psychoactive substances is frequently paired with communicative therapy in psychedelic therapy.

Psychedelic substances such as psilocybin (psychedelic mushrooms or magic mushrooms), DMT, peyote, ayahuasca, and ibogaine are all produced from plants or fungi. Others are chemical compounds, such as ketamine, MDMA, and LSD, for example.

Psychedelic treatments are relatively young in Western professional medical settings, despite millennia of usage among Indigenous tribes for therapeutic, consciousness, and religious purposes.

With the rising legalization of some psychedelic compounds, an increase in mental health concerns, and a slowdown in psychopharmacological research, it’s becoming more prevalent in the Western world.

The therapeutic potential of psychedelics whether they be psilocybin assisted therapy or ketamine therapies or even MDMA assisted psychotherapy is something that has been shown to help with certain mental health conditions as well as general well-being. 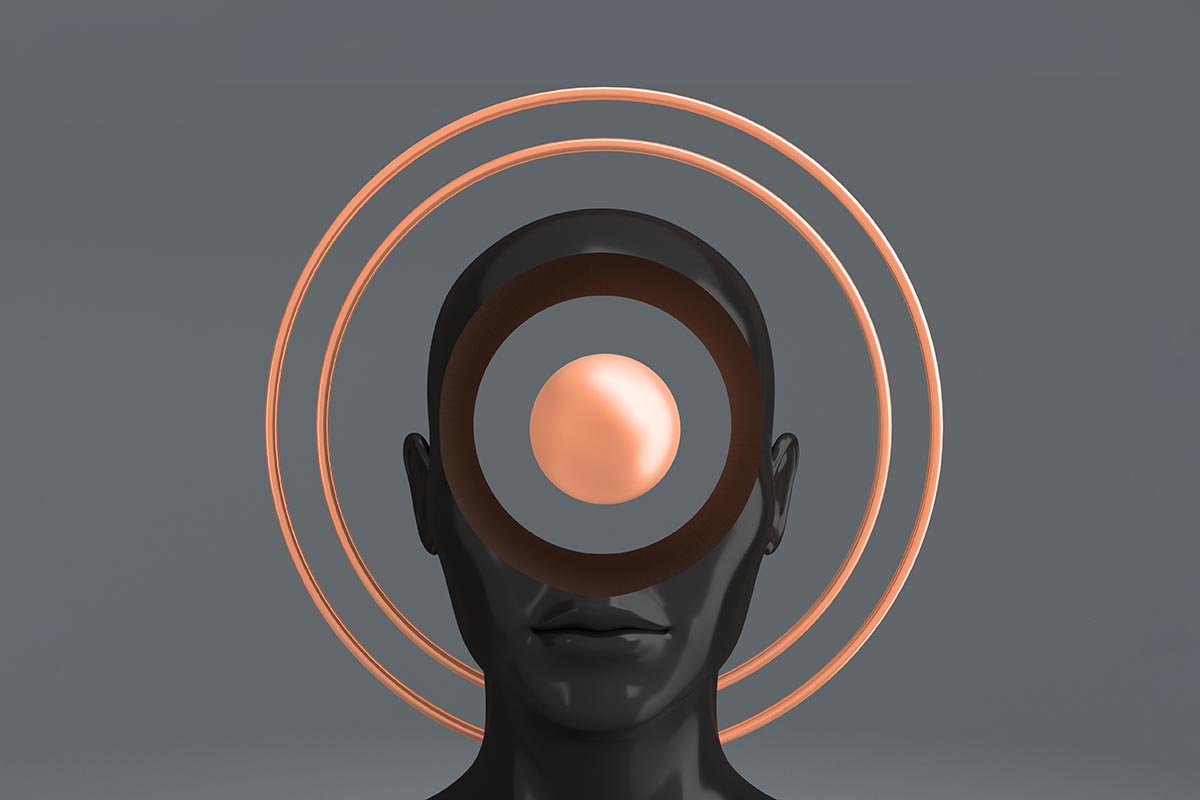 What is Psychedelic Therapy Used For?

Between the 1950s and 1970s, scientists amassed a wealth of data both validating and hinting toward the therapeutic value of psychedelic treatments to treat and cure a variety of mental health conditions. That is before former impeached President Richard Nixon prohibited them with the Controlled Substances Act, yet another cog in the war on drugs that did immeasurable damage to society as well as to many citizens. During the 60s psychedelic and consciousness research was being viewed as a breakthrough therapy for many who suffered.

Renewed interest and funding in recent years have fuelled increased research and clinical trials, much of which are still continuing.

Here’s a four of the various psychedelic drugs or substances and their possible applications within the realm of psychedelic therapy. 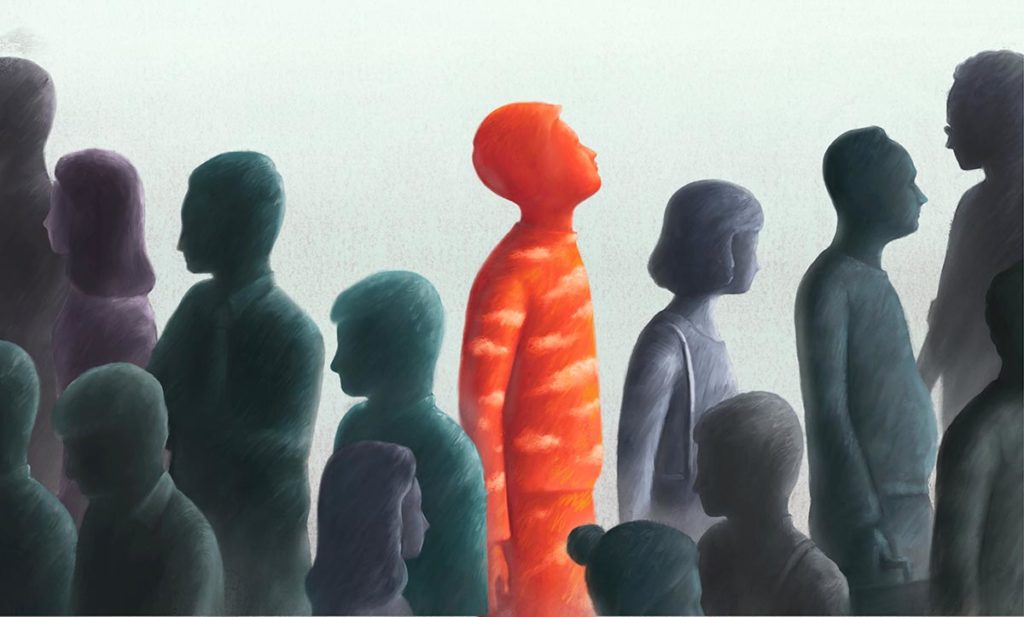 The most researched psychedelic medication for mental health treatment is ketamine.

It has been demonstrated to be effective in modest dosages in various experiments looking into its ability to cure depression, although its benefits are transient.

For those with serious depression, for example, evidence suggests that therapy produces considerable improvements, with gains lasting on average 6 to 8 weeks.

Spravato, a medication based on these discoveries, has been developed. It’s a nasal spray that contains the active component ketamine. Intravenous ketamine administration, on the other hand, is thought to be more effective and less costly.

The principal component in psychedelic mushrooms also known as magic mushrooms, psilocybin, has shown promise in treating depression and anxiety in persons with terminal illnesses, such as cancers.

It may also assist with OCD, substance addictions, and treatment-resistant depression, according to experts, but more study is needed.

LSD, or lysergic acid diethylamide, is a long-acting, powerful psychedelic that is regarded as the archetype for therapeutic psychedelics and has been demonstrated to aid with both alcoholism and anxiety in persons with terminal diseases, such as late-stage cancers.

MDMA (methylenedioxymethamphetamine), sometimes known as ecstasy or molly, is a psychoactive substance that is being used in some clinical settings. According to studies, MDMA can alleviate PTSD symptoms for up to four years!

Specialists have also concluded a phase 3 study for PTSD using MDMA-assisted therapy, which examines whether a treatment performs better than what is already available. This was the first psychedelic-assisted treatment phase 3 experiment.

After three sessions, 67 percent of 90 individuals with severe PTSD no longer met the criteria for a PTSD diagnosis, and 88 percent had decreased PTSD symptoms.

The Multidisciplinary Association for Psychedelic Studies, which sponsored the experiment, claims that the findings might lead to FDA clearance by 2023.

What is the Psychedelic Therapy Process? 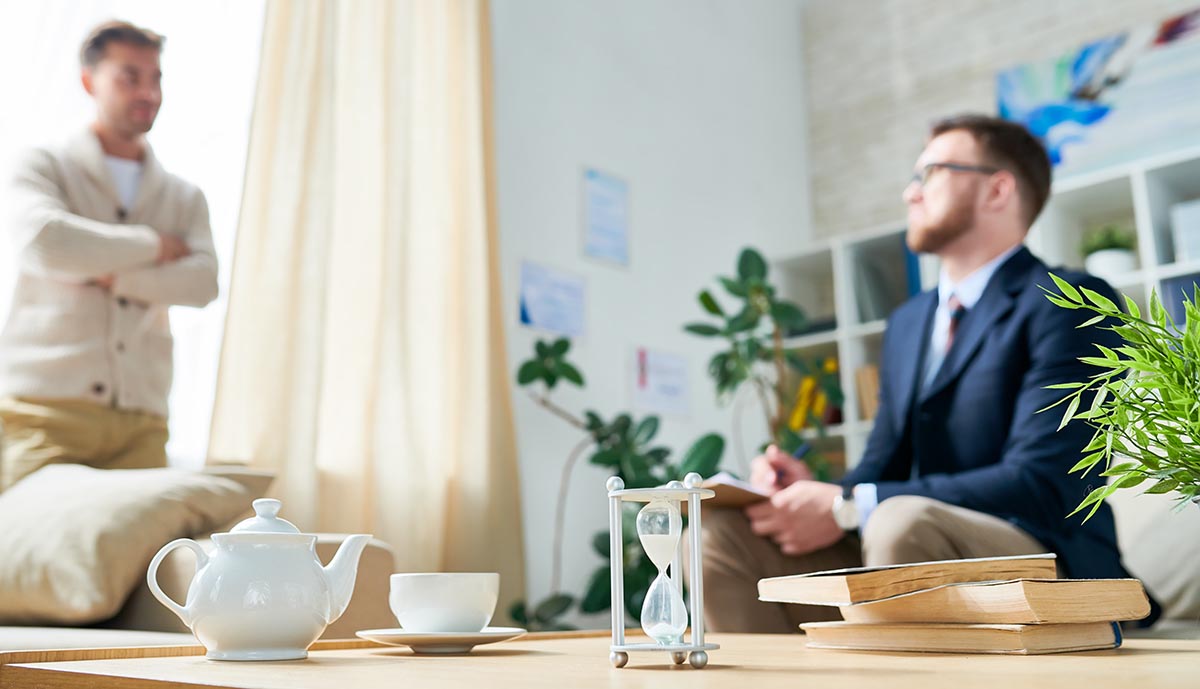 Clinicians are actively exploring the effectiveness of their psychedelic therapies at this stage, so the precise dosages, number of treatments needed, and approach to psychedelic therapy will vary depending on who is treating you and even what psychedelic substances are used.

For example, what is the purpose of seeking psychedelic therapy? Do you suffer from anxiety? Do you wish to improve your focus? Maybe you want to ween off the cigarettes or have an opioid dependency you want to overcome. Or maybe you just seek to find out more about yourself and bring renewed mental and emotional clarity to your life.

This is also an excellent time to talk about your personal history, as well as any aspirations or reservations you may have about psychedelic treatment. For example, what is the purpose of seeking psychedelic therapy? Do you suffer from anxiety? Do you wish to improve your focus? Maybe you want to overcome a tobacco addiction or perhaps you or a loved one have an opioid dependency you want to overcome. Or perhaps you just seek to find out more about yourself and bring renewed mental and emotional clarity to your life.

The initial consultation is also where you want to be open and honest about any psychotic disorders or mental health conditions you may suffer from or have a history of, both personal and familial. Be safe, be cautious, and always consult a medical professional.

The second step is taking the psychedelic drugs or substances, either orally or by injection, under the supervision of a qualified therapist and medical supervision.

Depending on the hallucinogen and the treatment plan, numerous sessions are frequently required. Psychedelic aided psychotherapy isn’t a one-size-fits-all solution.

The integration phase or process is the final step, in which the therapist and patient collaborate to derive significance, meaning, and progress made from the psychedelic drug and experiences.

Aside from just the potential of psychedelic-assisted psychotherapy, many medical professionals and researchers are concerned about the trend of self-medicating in the Western world, especially after the 2020 Global Drug Survey revealed a rise in the number of persons self-medicating with psychedelics for various mental health issues. This is why controlled clinical trials and research are vital.

Many of these worries derive from the possibility of contamination from drugs that haven’t been lab-tested, as well as the absence of medical oversight.

Psychedelic chemicals, on the other hand, are typically seen to be low-risk, especially when administered in a therapeutic environment.

However, psychedelics have been associated with an increased risk of psychosis in persons with pre-existing psychotic disorders or individuals who are predisposed to them. This is why it’s best to be open and honest with your therapist and other medical professionals, to reduce the risks to the patient, and to get them the proper help they require without causing further issues.

There is also the danger of hallucinogen persistent perception disorder, which is most common with LSD usage (HPPD). This is an uncommon disorder characterized by sudden flashbacks often accompanied by vivid hallucinations. Experts caution, however, that this seems to be more likely when drugs are used without close professional medical supervision.

However, it should be noted that Ibogaine raises certain concerns, including a suspected relation to possibly deadly cardiac arrhythmias. As a result, it has thus far been restricted to observational trials with an emphasis on treating opiate addiction.

There is a lot of buzz about the possibility of psychedelic therapy. As a result, there is an influx of therapists, gurus, foreign retreats, and clinics offering this breakthrough therapy.

If you want to try psychedelic-assisted treatment in a clinical setting with the help of an expert, the Multidisciplinary Association for Psychedelic Studies’ directory of accredited therapists is an amazing resource and an excellent place to start your search.

The organization also welcomes queries or concerns regarding psychedelic aided psychotherapy and can give recommendations to help you through the process.

Whether in a professional environment or at a retreat, it’s critical to recognize that taking psychoactive substances affects awareness and makes you susceptible to possible suggestion or manipulation.

As a consequence, some study or therapy participants have accused others of unethical, if not illegal, activity. Read reviews, investigate credentials, and investigate how you can assure responsibility if something goes wrong during or after therapy. 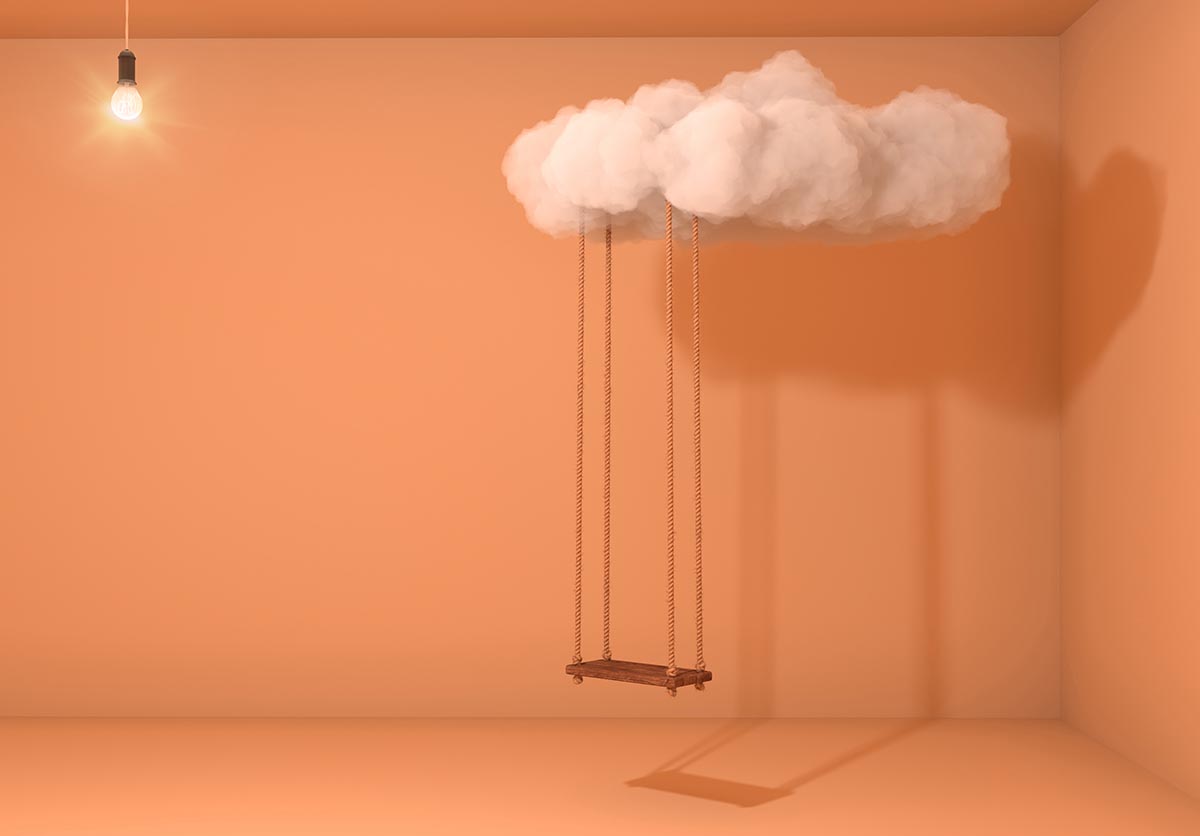 There’s still a lot to learn about the potential of psychedelic therapy, but the existing research and clinical trials are promising, particularly for those with severe major depressive disorder or posttraumatic stress disorder (PTSD).

Because of this, advocates and lobbyists are working to decriminalize some psychedelic substances to improve access as well as to promote more clinical trials and research opportunities. Stay tuned, because these treatment options are evolving each week and many areas are decriminalizing psychedelics and certain practices such as psilocybin therapy at a rapid pace. 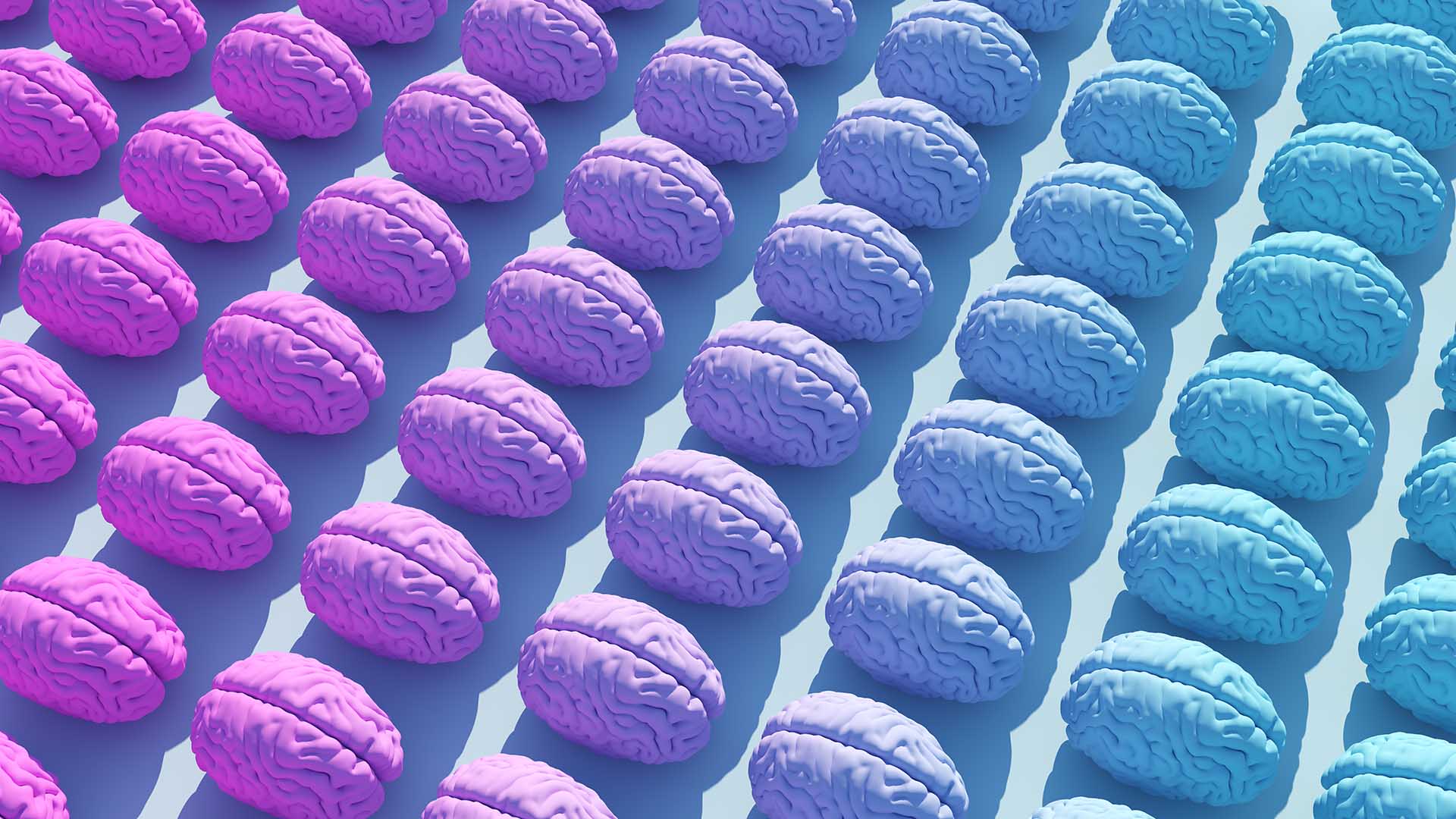 A Beginner’s Guide To Psychedelic Therapy 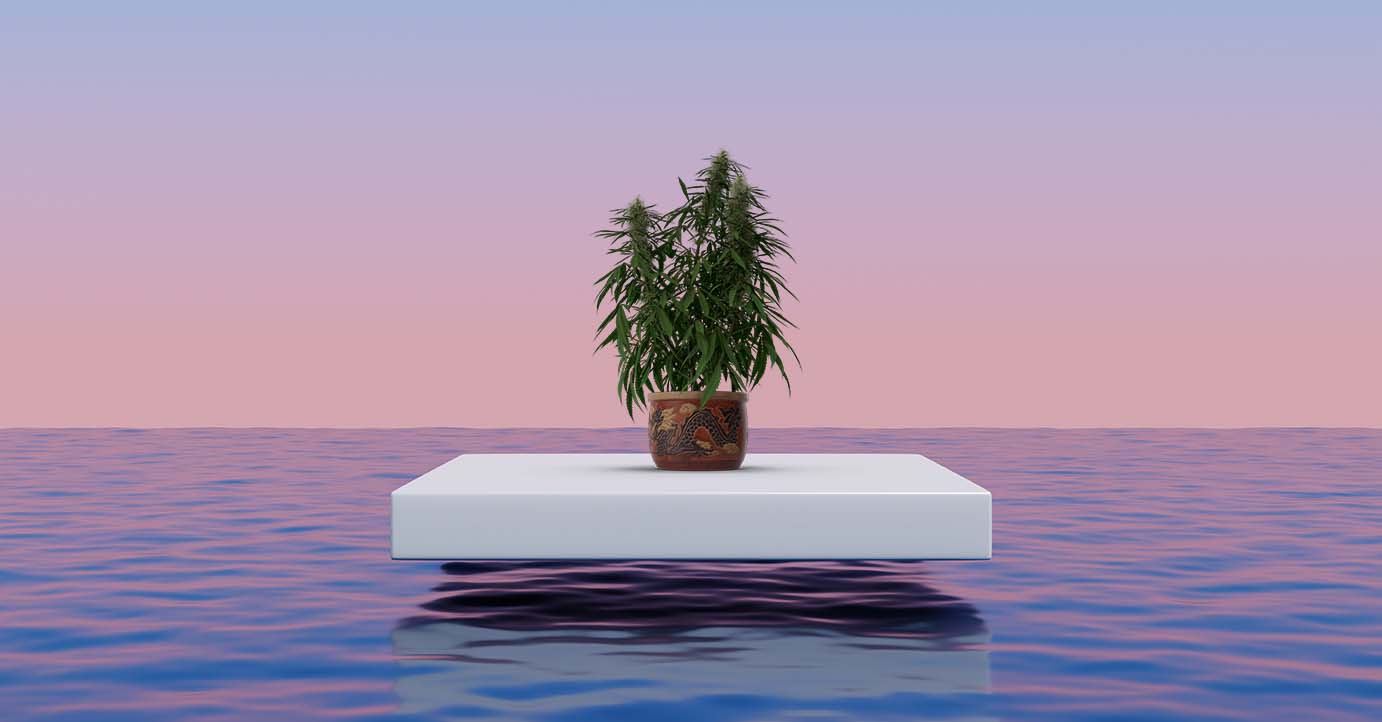 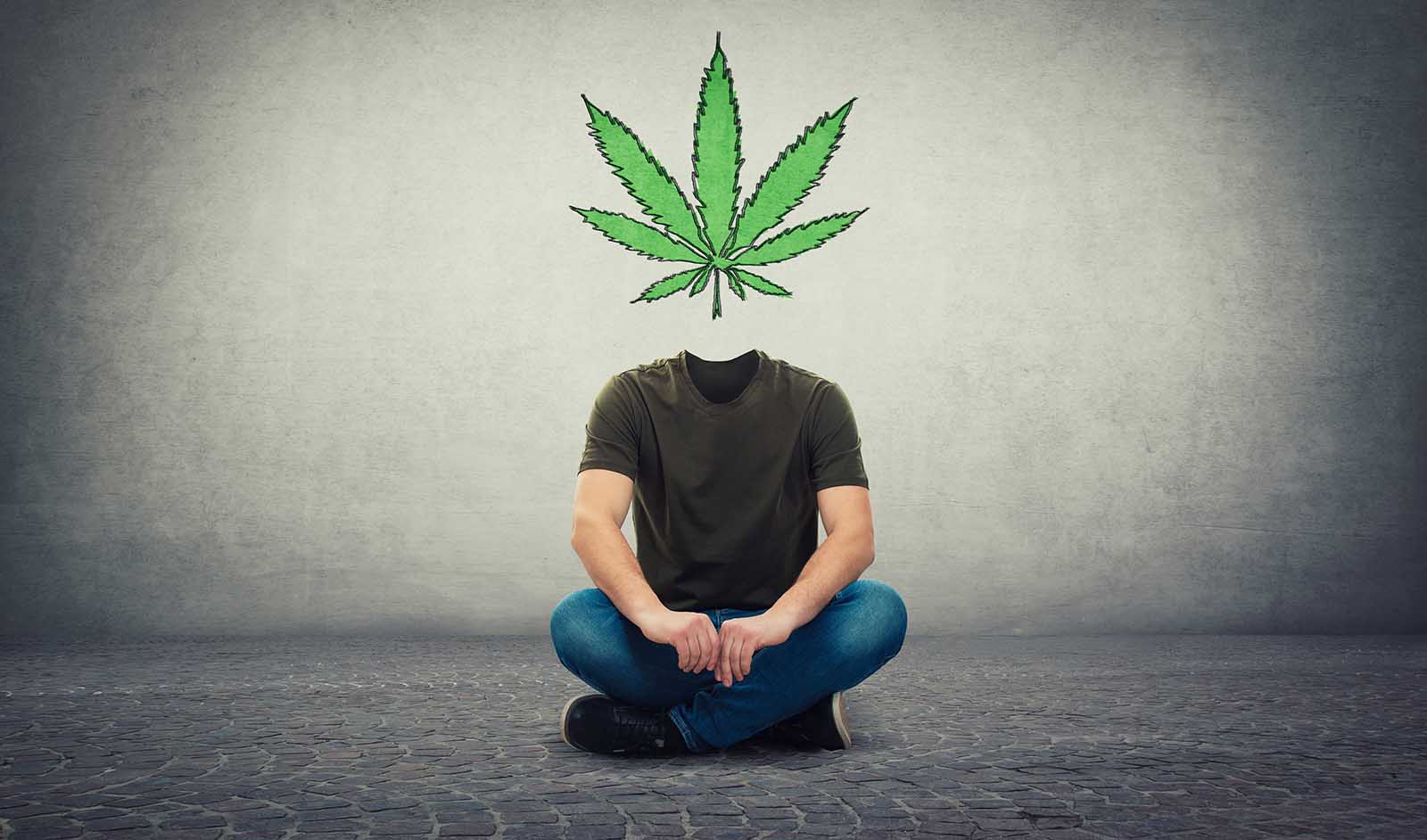 What is a Cannabis Consultant? 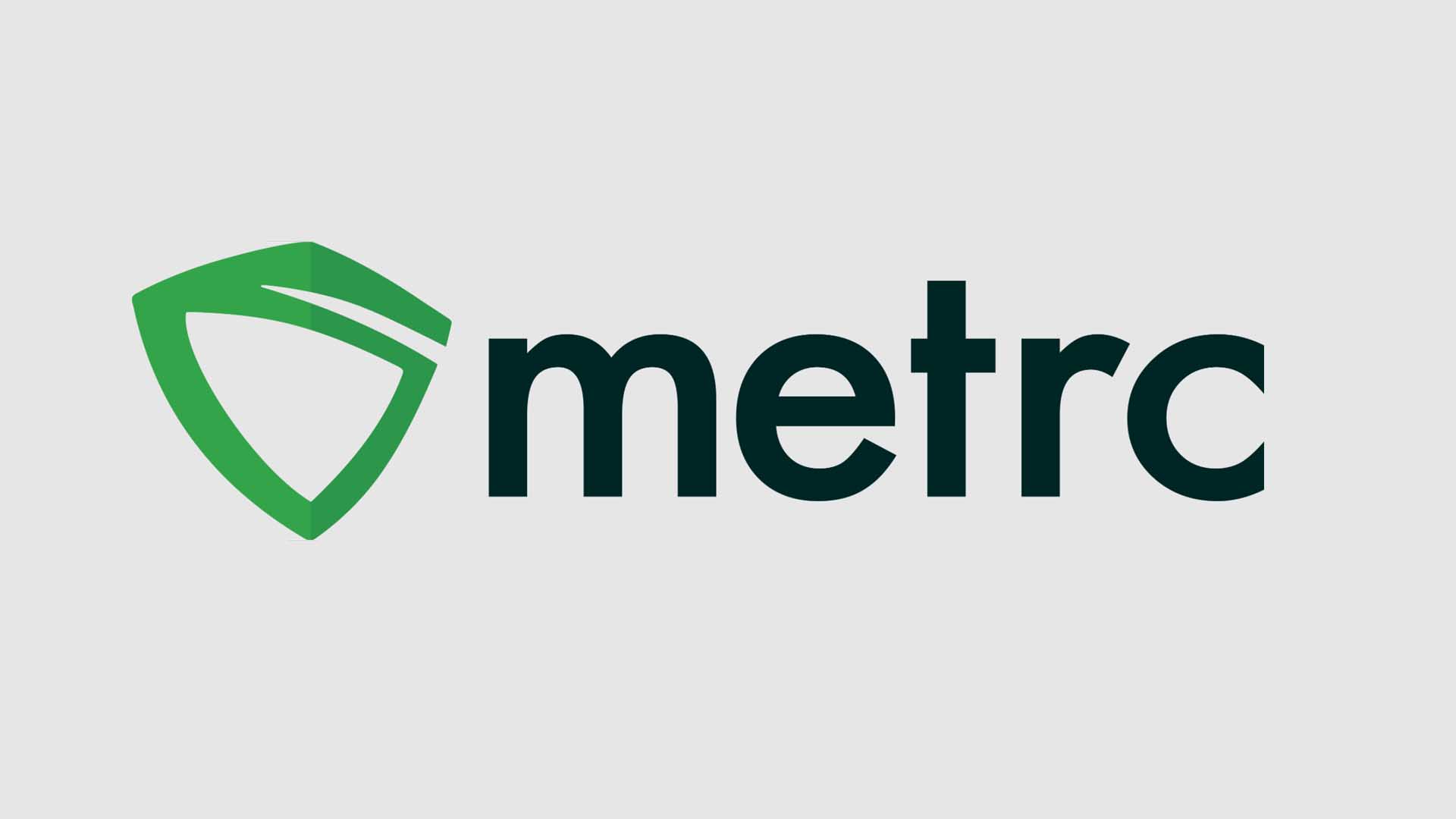 New Jersey to Use Metrc 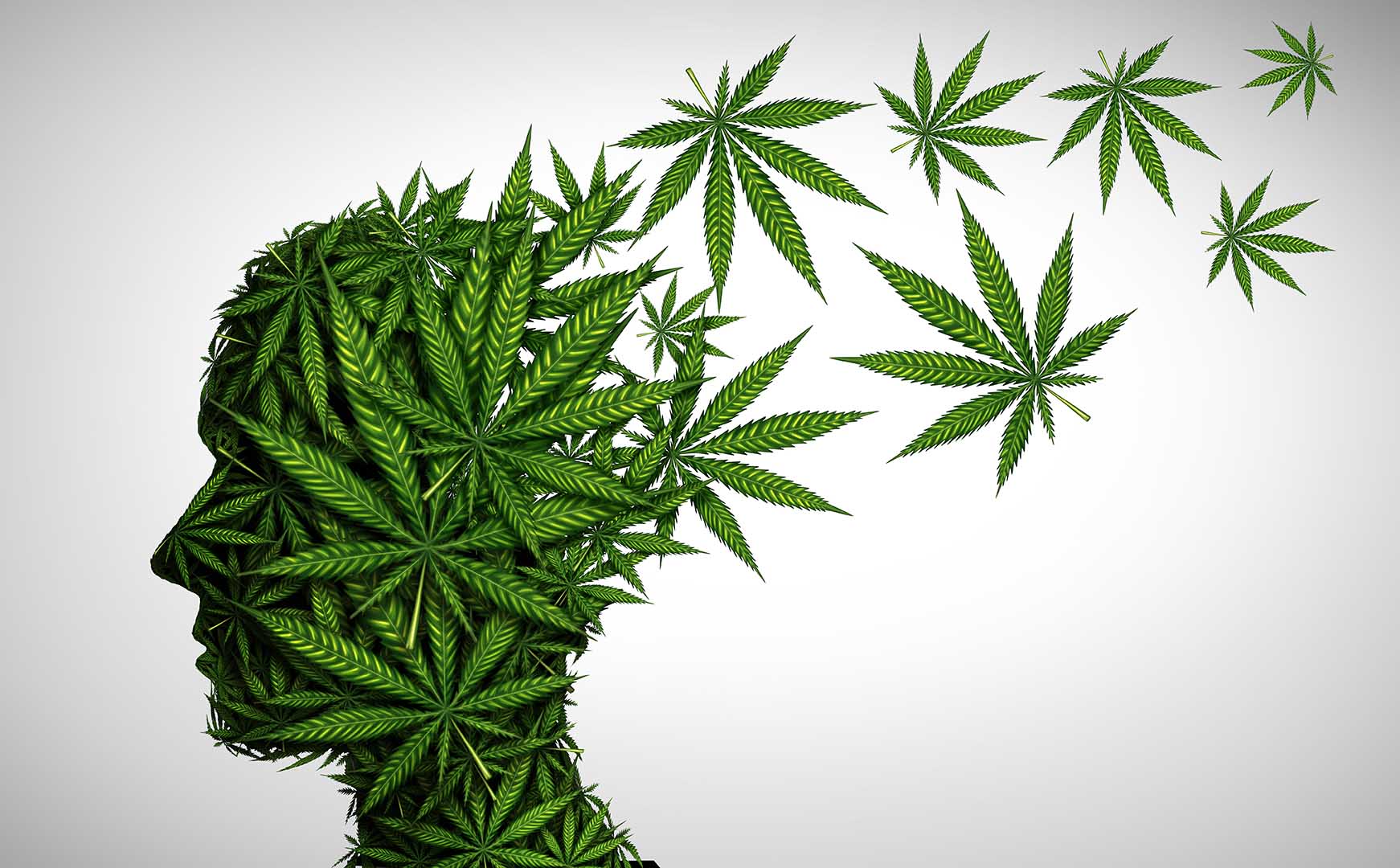 6 Reasons to Use Cannabis Business Consultants for Your Licensing Applications 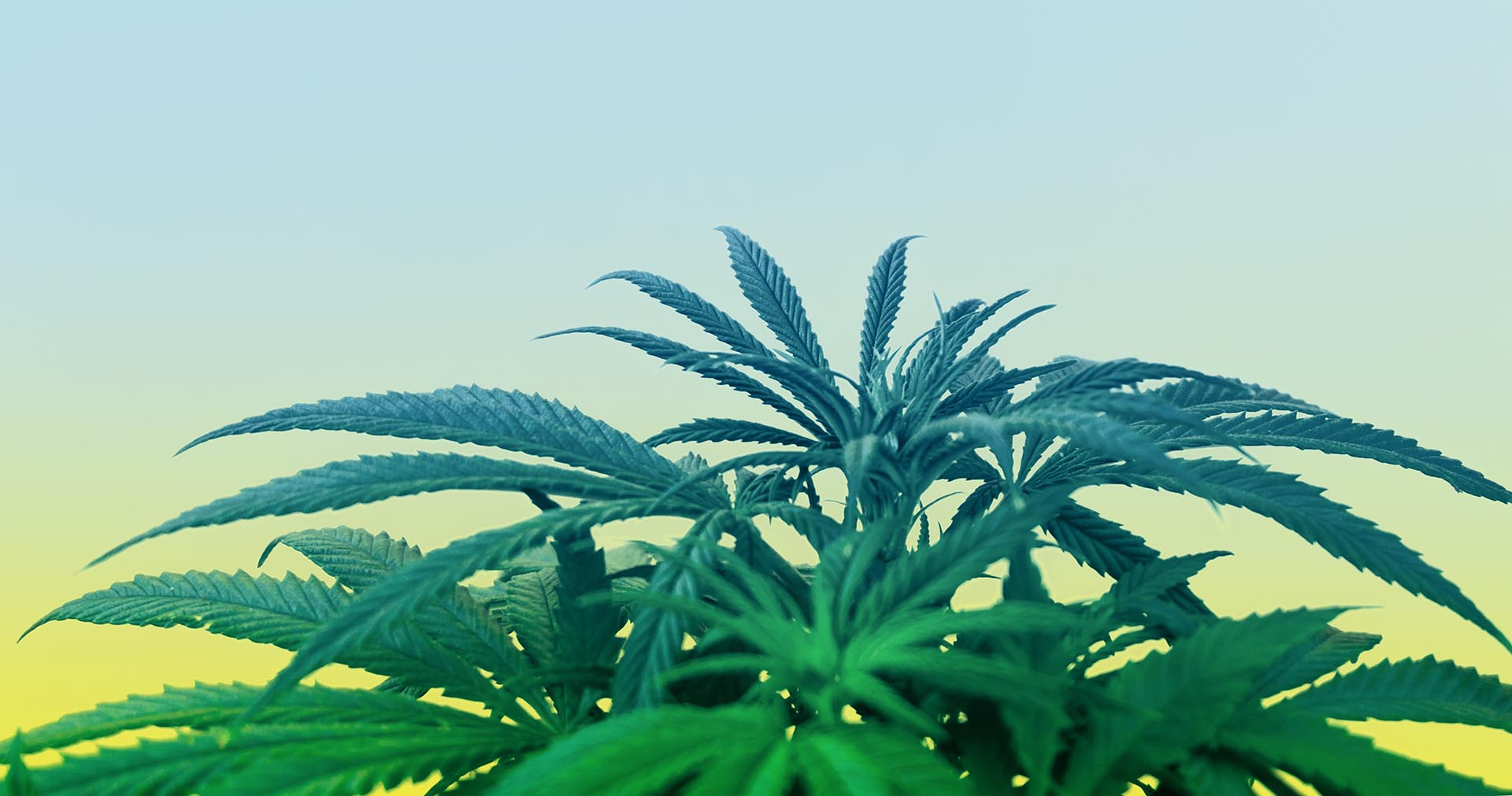